Out of the 3 new era Persona series, P4G has to be the most light-hearted of all. Set in a fictional Japanese town of Inaba, the cast do student things like student festivals, hang out at home eating watermelons or at the food court, much like what normal high school students would do. All in a light-hearted vibe – not much doom and gloom presented at any turn compared to the other Persona narratives. The humorous choices were fun and so I had made the MC to be much the jokester akin to the Persona 4 Animation. The anime had the MC always choosing the most absurd and comical choices presented. It was hilarious. Even though I am not from a Japanese school where we don’t have the same activities, but watching them goofing and studying at the food court – like I did back then.

The story follows a group of high school students in a string of murder cases. Each character is a victim of these cases eventually became the seekers of truth and ventured into the bizzare TV world – where the hidden side of humans who enters reveals itself. MC – a transfer student, was somehow dragged into the mysteries of Inaba as soon as he stepped into the countryside.

The narrative raises real, not much talked about issues in the Asian culture such as ‘Gender dysphia’ and sexuality (though the cast still berating Kanji was borderline bullying and really doesn’t help Kanji at all). And still, the narratives were pretty much laid-back. And suddenly, the pace picks up to a point of heartbreak at the last leg of the narrative, when Nanako struggles and eventually gave out (and survives depending on our choices). This shows that the narratives did not pace itself and gave the sudden urgency in a sudden manner. And really – a little bit of plothole – why does the mortality of Namatame affects Nanako’s?

Apparently at end game,the role of MC in the narrative was revealed. He was chosen by the “Gods” as he had the potential and was used by the Gods to oversee the wishes of mankind – whether mankind wants to live in truth or be shrouded by the fog.

After solving the murder cases, the group find themselves against another who had the potential. Both MC and the other potential – Akechi, were in total opposition as where they stand in the ultimatum of the Gods. The God have decided that mankind needs to be blinded from the truth – as it is the wishes of mankind themselves to be ignorant.

Believing that ignorance is just an escape and that mankind can only move forward by confronting their truths – MC and the party proved the God wrong by defeating it through battle where the social links of the MC helped light the darkness the MC was subjected to. Defeated – Izanami lifted the fog and promises that as long as mankind wishes, she would return once again to shroud the world in fog.

The persona of MC is Izanagi and the main antagonist is Izanami. P4G plays into the lore of Izanagi/Izanami lore where Izanagi seeks Izanami in the underworld. Izanami whose beauty was influenced by her ties with the underworld, instructed Izanagi to not look at her for she did not want Izanagi to see her ugly. However, seeking the truth for this bizzare request, Izanagi lit a fire and saw Izanami. This angered Izanami and chased Izanagi out. But this is where the inspiration from the lore ended. P4G only used the the part where Izanami wishes for Izanagi’s ignorance (the fog that blinds the truth) and MC who is a romanticized version of Izanagi – where he wishes humanity to accept themselves for who they are (this was not Izanagi’s wishes as it was not mentioned if he was accepting of Izanami’s ugliness).

The inclusion of Marie raises more questions than filling up the plothole for me. Not only is her social link a tad bit boring – her inclusion in the narrative is pretty much redundant. She is pretty much just an excuse to lengthen the game and push for the ‘Golden’ expansion. Or that maybe it is just a narrative to put a ‘happy ending’ for the whole Izanagi/Izanami plot. (Note: Marie is one the facets of Izanami.) 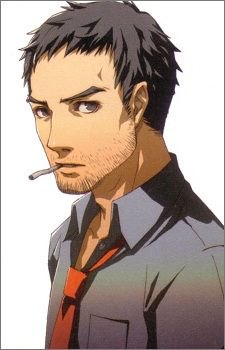 An avid JRPG gamer hailing from Indonesia. He has taken an interest in the samurai mythos. Sometimes he reads and exercises too. View all posts by RONALD ROEN